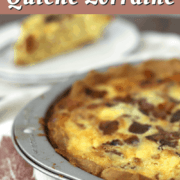 What is the best way for me to travel without actually travelling? Through food of course and lately I've been reminiscing of the days when we used to travel to France. Sitting on the terrace of a cute little bistro, while sipping on wine, enjoying a cheese platter with a baguette and always ordering the Quiche Lorraine. Yup, when I travel I don't "keto" very much but I do try to eat low carb. C'est la vie!

Sadly, asking for a Keto Quiche Lorraine in Paris would likely get me kicked out of the restaurant. So I had to come up with a keto crust for this recipe by using a modified version from my Keto Butter Tarts recipe.

This Keto Pie Crust can be used for many recipes that ask for a crust. The crust comes out so buttery and crisp every time I make it. It truly is the best keto pie crust I've ever had. No joke!

I use it for meat pies, coconut cream pies and pumpkin pies. Seriously, you won't be disappointed. Also, don't try to make the crust look like it came out of a BON APPÉTIT magazine. This is a rustic dish and the natural, aged and casual look is what makes this pie stand out from the crowd.

Ok, here is the deal. The first time I made this I could not believe how amazing it turned out. The custard like filling was so creamy while the gruyere cheese (one of my favourite cheeses) just makes this dish the ultimate quiche.

To Bacon or Not To Bacon

Bacon adds a lot of flavour to this quiche but if it's not your cup of tea, why not try using some browned ground beef or turkey instead? Or do without meat all together and make it a vegetarian dish.

Types of cheese to use in a quiche

If you know me, you know I love my cheese. I have my top 3 favourite cheeses below. All 3 can be used in this recipe but a white cheddar or swiss cheese can also work. However, I do think Gruyere is the best for this dish.

Comté is a French cheese made from unpasteurized cow's milk in the Franche-Comté traditional province of eastern France (Jura) bordering Switzerland and sharing much of its cuisine.  This is also where we spend most of our time in France and where my partners family lives, so I may be biased.

Gruyère is a hard yellow Swiss cheese that originated in the cantons of Fribourg, Vaud, Neuchâtel, Jura, and Berne in Switzerland.

Dubliner is a sweet, granular cheese aged over a year and manufactured by Carbery, located in County Cork, Republic of Ireland.

I suggest watching the instructional video as there are many steps in this recipe. However, it's is not difficult once you observe how I made it. If you follow the ingredients and directions you will not be disappointed. If you love bacon, cheese and eggs, this quiche is for you!

Why is it called quiche lorraine?

The word 'quiche' comes from the German word kuchen, meaning cake and Lorraine is a name for a region that was called the Kingdom of Lothringen

Can I use milk instead of heavy cream?

You can use whole milk in this recipe if you want to cut back on the amount of fat from the heavy cream.

What can I serve with keto quiche lorraine?

Quiche is often served with a side of soup, some fresh berries or a low carb sweet dessert.

Is quiche a breakfast or dinner?

It has all the ingredients that you may typically have for breakfast. However, the quiche is very filling and can also be served for dinner.

Each slice contains roughly 2g net carbs and therefore would be considered low carb. This quiche could fit into your daily macros if you are following a keto diet. It is also low on the glycemic index and should be ok with people who have diabetes. However, always check your blood sugars to see how it affects you. 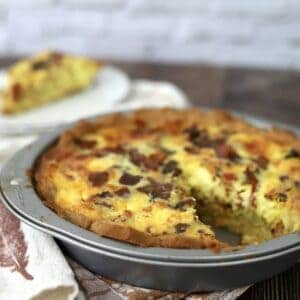 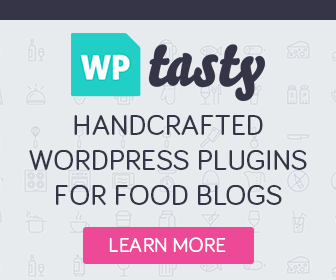